Facilities Candidates Get Inside NDA College 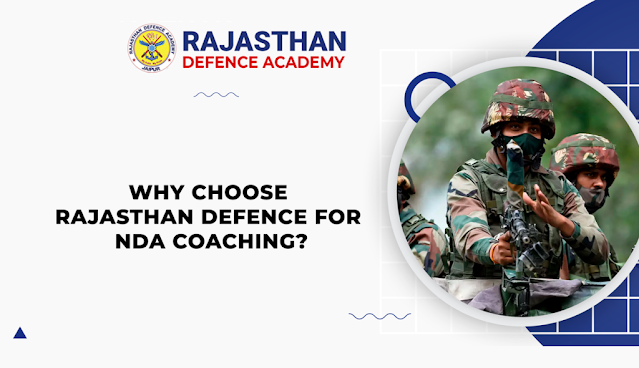 The dream of joining NDA is not an ordinary dream as it requires courage, skills, and determination. If someone can make it into NDA college, he gets to learn many things which make him independent and brings out a warrior in him. Joining NDA Foundation Course at Rajasthan Defence Academy can be very helpful in turning this dream into a reality. By the way, the facilities one can get inside NDA college are worth mentioning. In this blog, we will look at some facilities that candidates get inside NDA college. Facilities Inside NDA College The opportunity of getting the selection for NDA is not an ordinary thing. To make sure you don’t miss this opportunity, you should the Best NDA Coaching Centre , where you can prepare for the NDA exam in a better way. Let’s look at some facilities one can get inside NDA college. NDA college has all facilities that can be found in a regular college and also facilities that are uncommon. They have spacious classrooms, gyms, hostels, a mess, and clubs w
Post a Comment
Read more 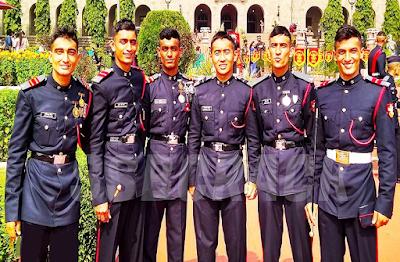 NDA is a career of pride and full of golden opportunities. NDA aspirants join NDA Foundation Coaching to train their minds and body to get selection for NDA. Joining NDA is a dream of many, and because it is a great job, it must be taken seriously. If you are one of the NDA aspirants, you would definitely like this blog.     In this blog, we will look at some interesting facts about NDA.  Interesting Facts About NDA   If you are serious about joining NDA, then you should join the Best NDA Coaching Centre to prepare for NDA in advance. Rajasthan Defence Academy is the place where you can train yourself for your dream job. Some interesting facts about NDA are as follows: NDA is the first academy where cadets for Army, Navy, and Air Force are trained together. The Sudan Block in the main building of the Academy was constructed with money received by Sudan as a gesture of respect for soldiers who fought for Sudan in WW2. The First batch of NDA started in 1949. At that time, there were 190
Post a Comment
Read more

Which Stream to Select for NDA After 10th What could be a better career option than NDA for someone who is studying in class 10 and can’t think of anything else? Another important question is which stream is best after the 10th if someone wishes to make a career in NDA. Before joining any NDA Foundation Course , select the right stream so that you can get what you actually need. This blog will answer this question in the easiest way possible. Which Stream to Select for NDA After 10th Best Stream for NDA After 10th Choose your stream wisely if you want a glorious NDA career. Also, pick the Best NDA Academy in Sikar to prepare yourself for military service. Let’s figure out which is the best stream for NDA Exam after the 10th. Science Stream Science is probably the best stream you can pick after the 10th because it allows you to join NDA and then pick the Naval, Air, or Army wing. PCB students can also join the Indian Army through AFMC. PCM, PCB, and PCMB students can also apply for TES (Technical Entry Schemes) exams in all win
Post a Comment
Read more